The Art of the Silken Thread

Barry Radford is a collector of antique and vintage textiles from the ethnic minority cultures of China and he has, over the years, amassed a considerable number of exquisite pieces. These predominantly hand embroidered works represent the diversity of the broad range of different cultures that make up China and are a fundamental part of how these cultures represent their beliefs and customs. They play a significant part even today in their daily lives far from the urban environments that dominate modern China.
Barry has exhibited examples of his collection both within China and internationally to great acclaim and decided that rather than just continuing to collect these wonderful examples of hand embroidery for himself he would like to offer others the opportunity to collect these truly unique and exquisite works.
Each work has been fully researched and comes with a Certificate of Authenticity, identifying the culture it originates from, the meaning of the iconography of the design and also the period in which it was made. All the embroideries were originally hand crafted by local village women for family use. Barry believes that as each piece was originally created for their own family it imbues them with a sense of love and emotion which resonates within each of the works. A perfect addition to any interior design project. 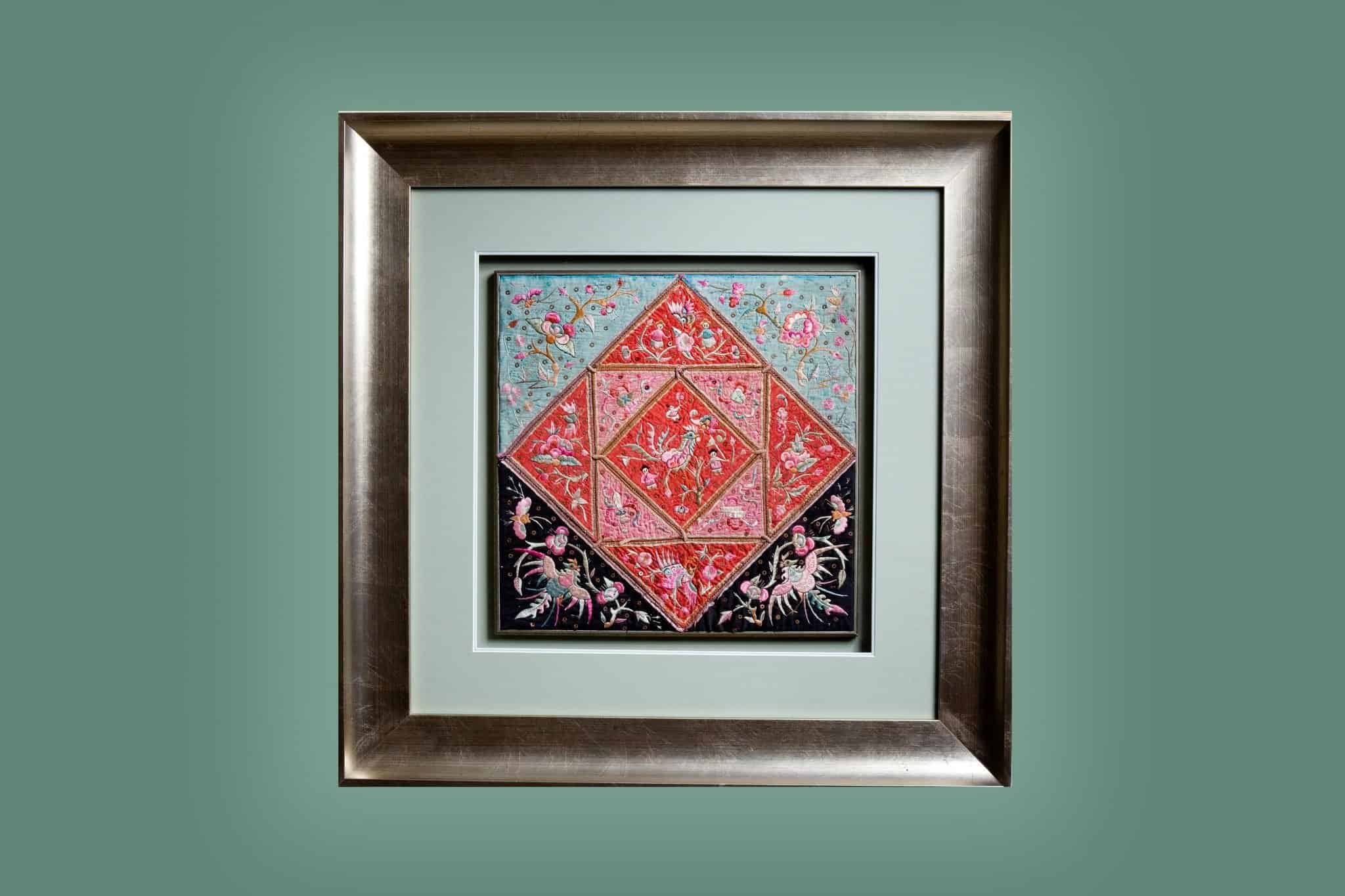 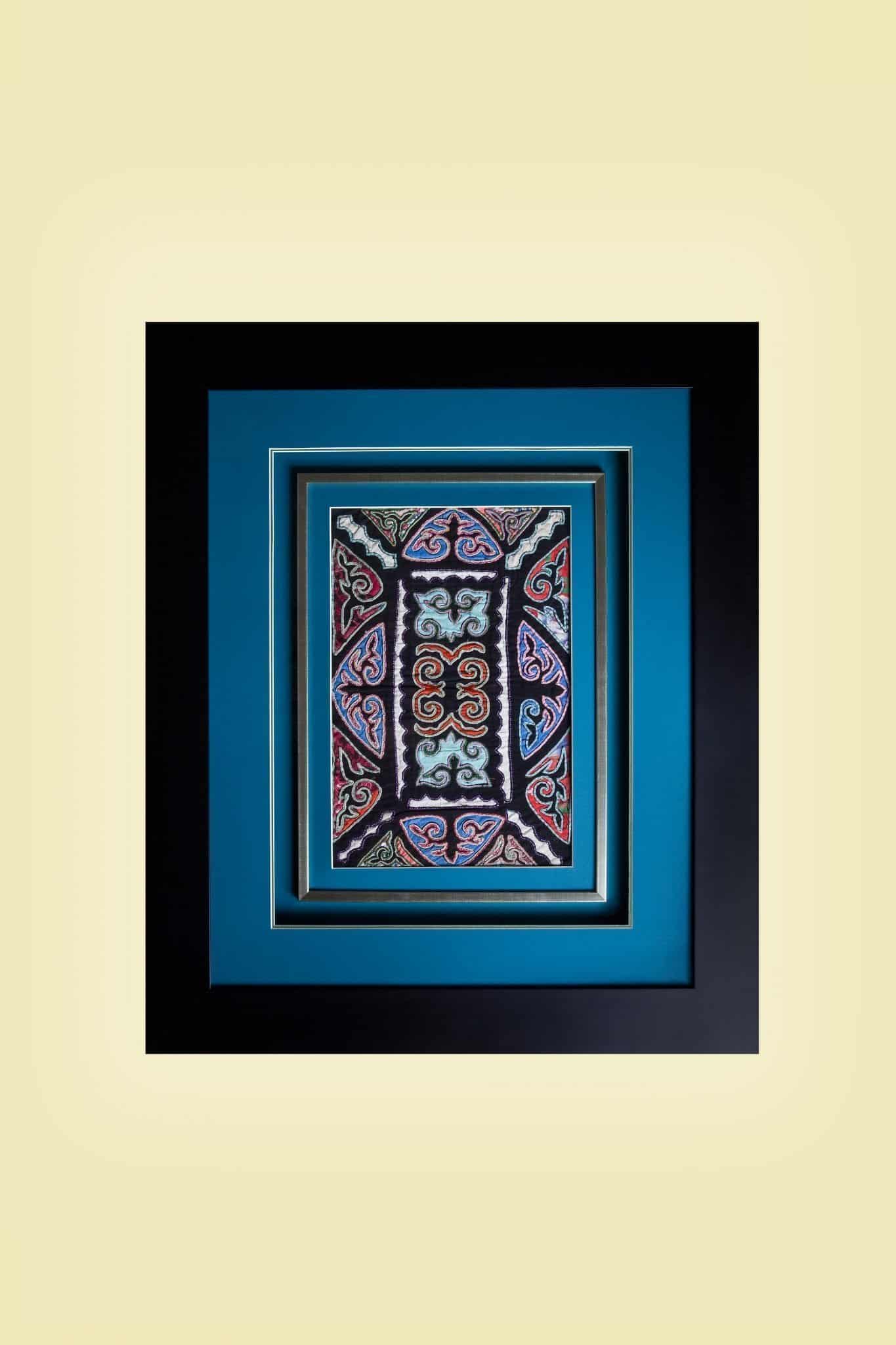 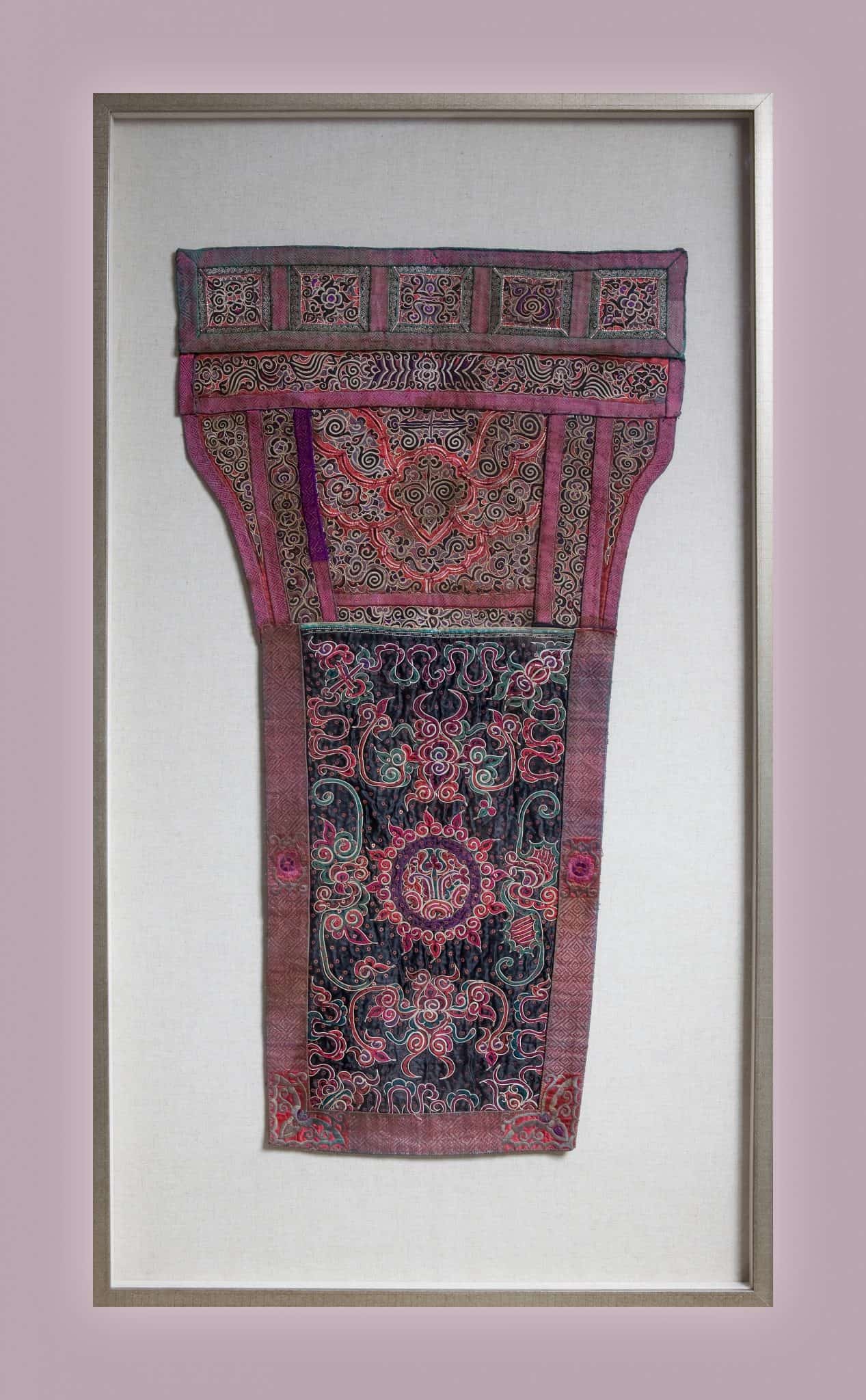 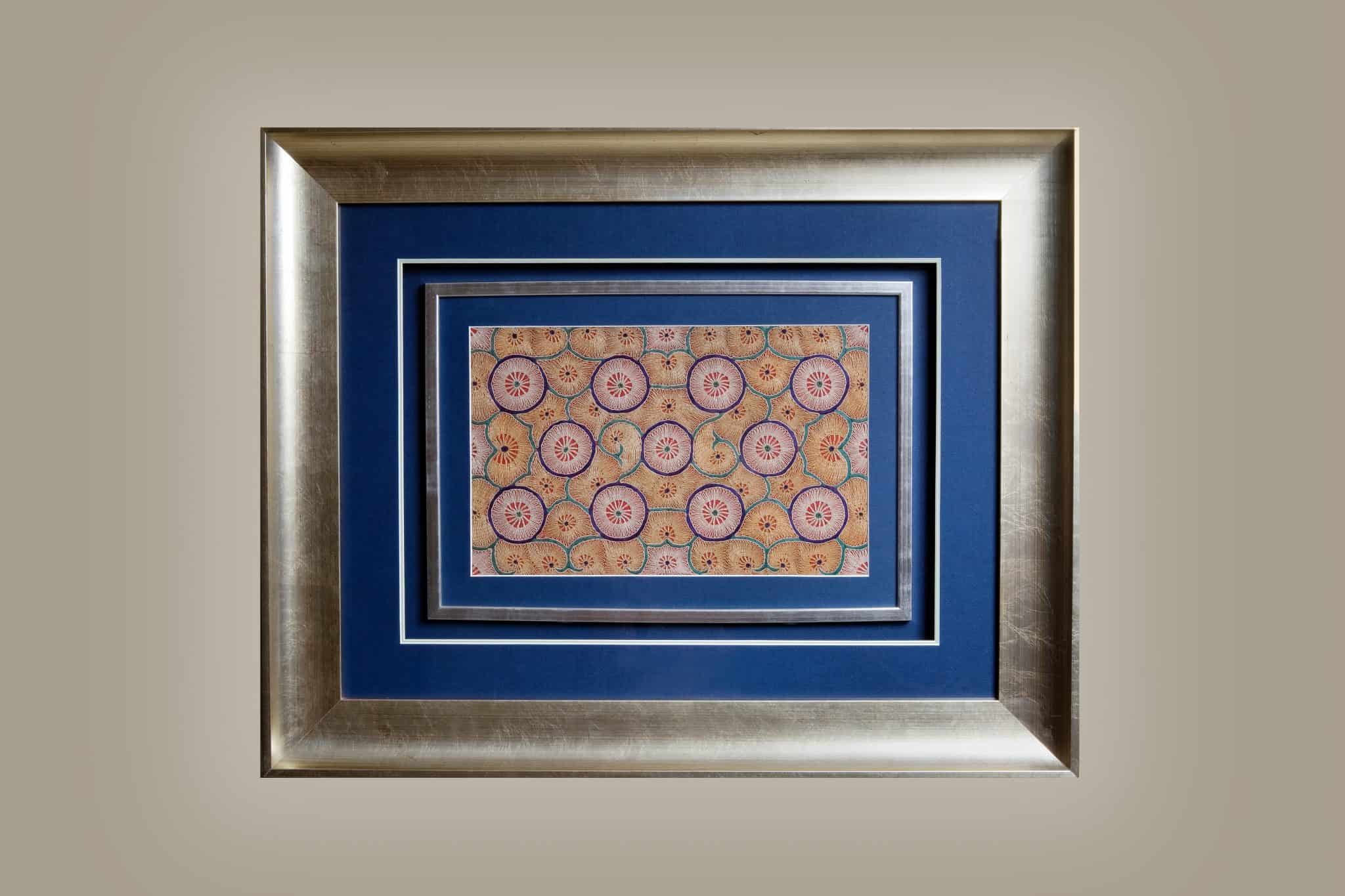 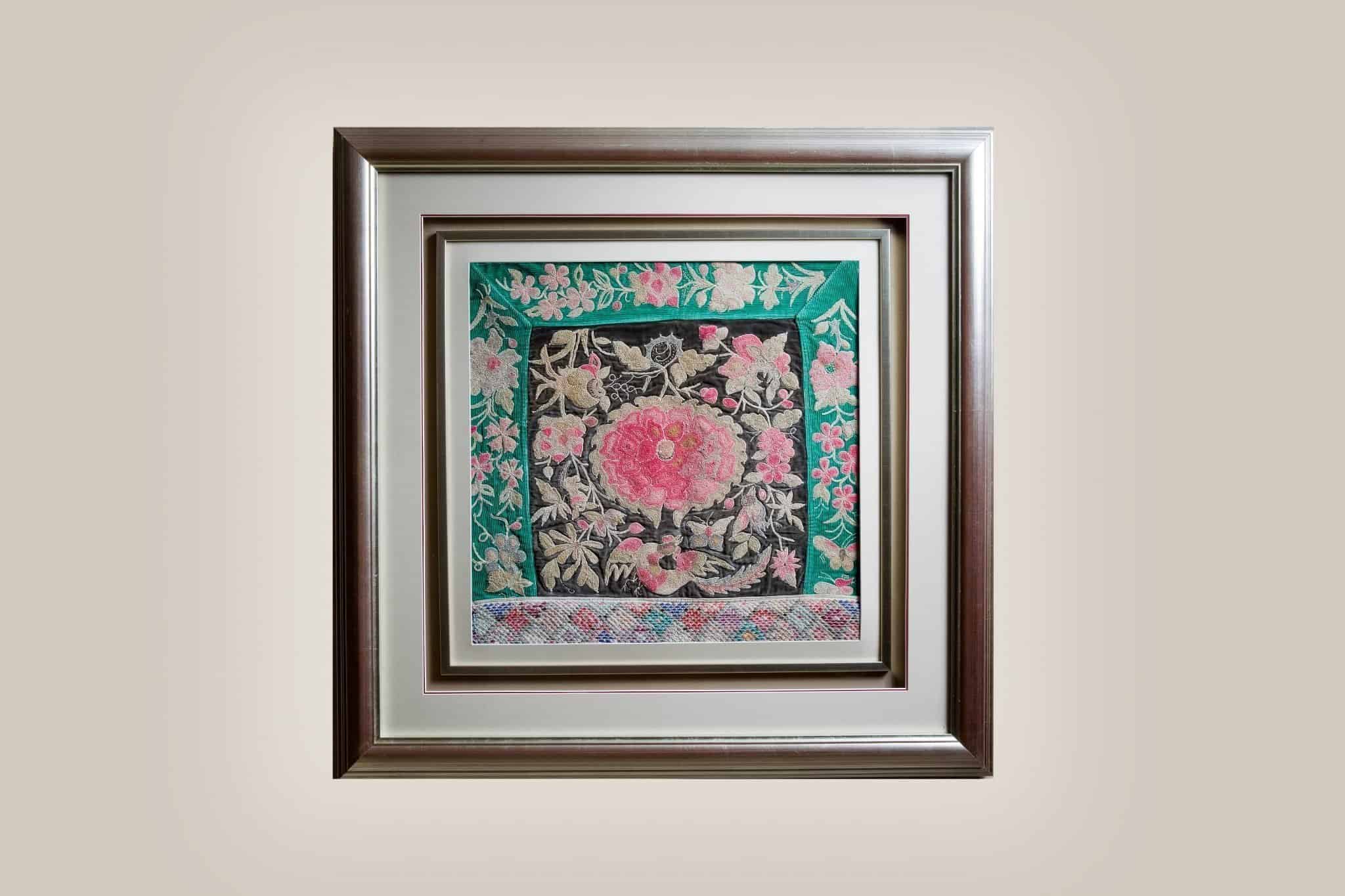 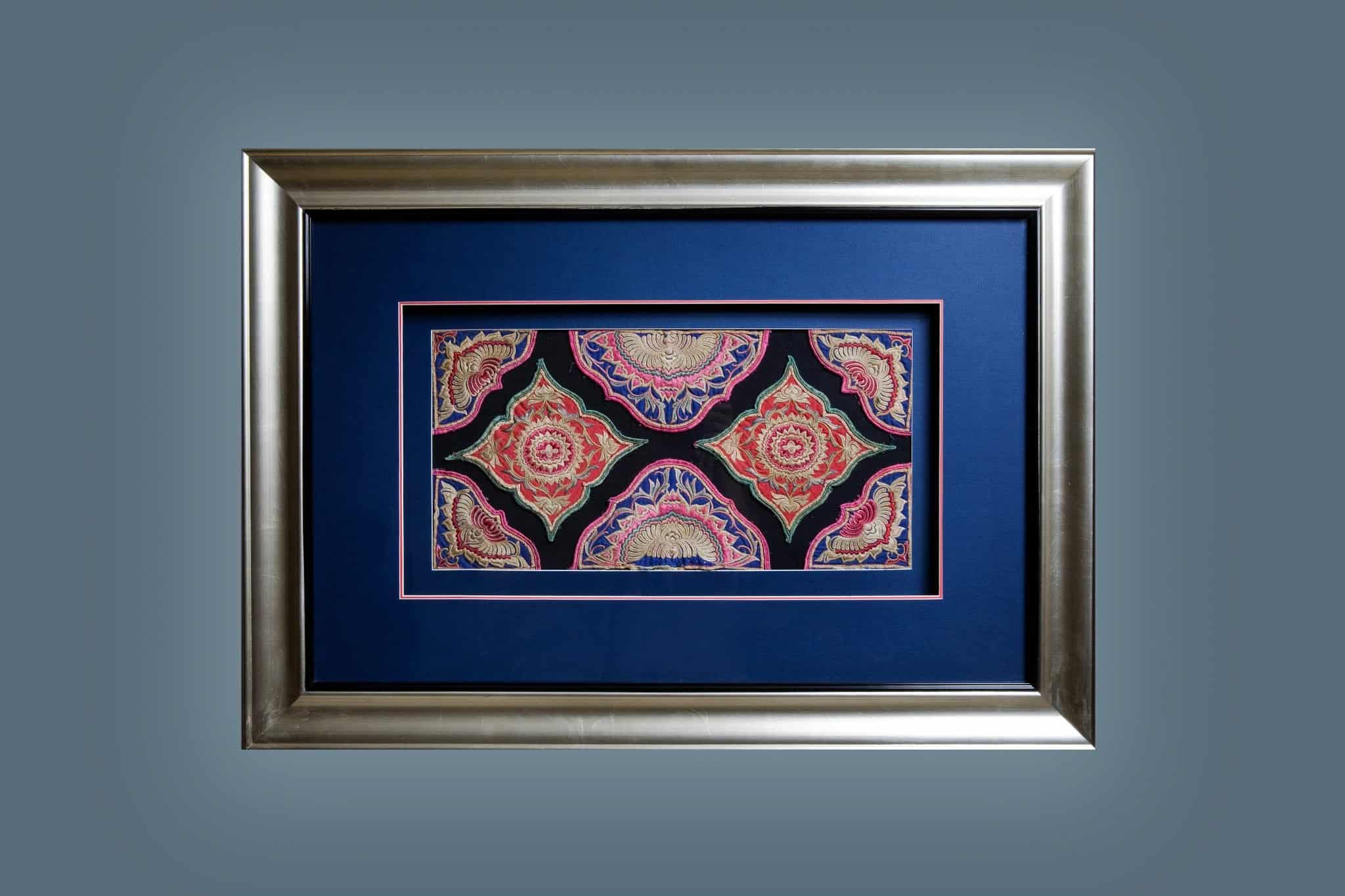 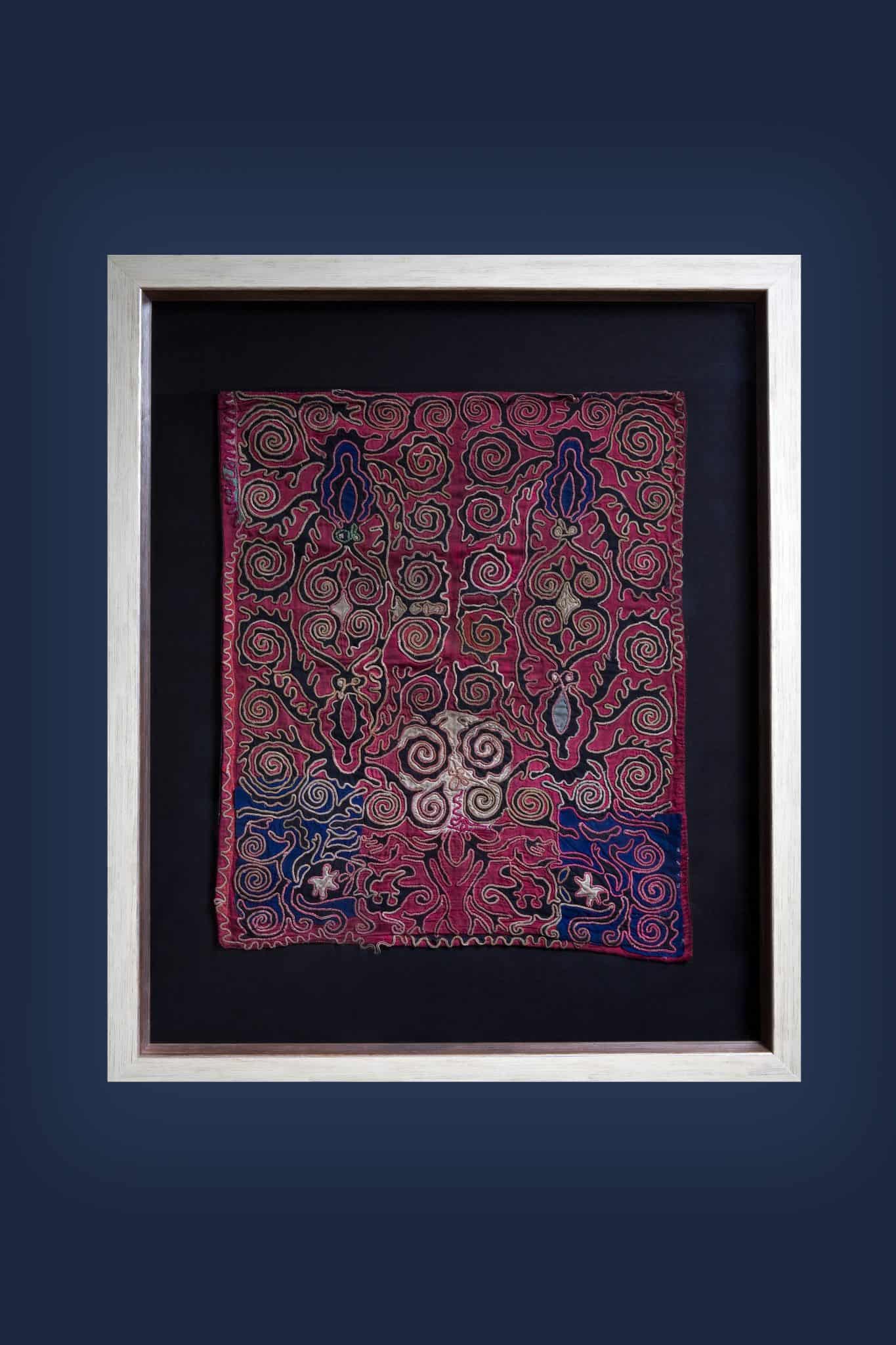 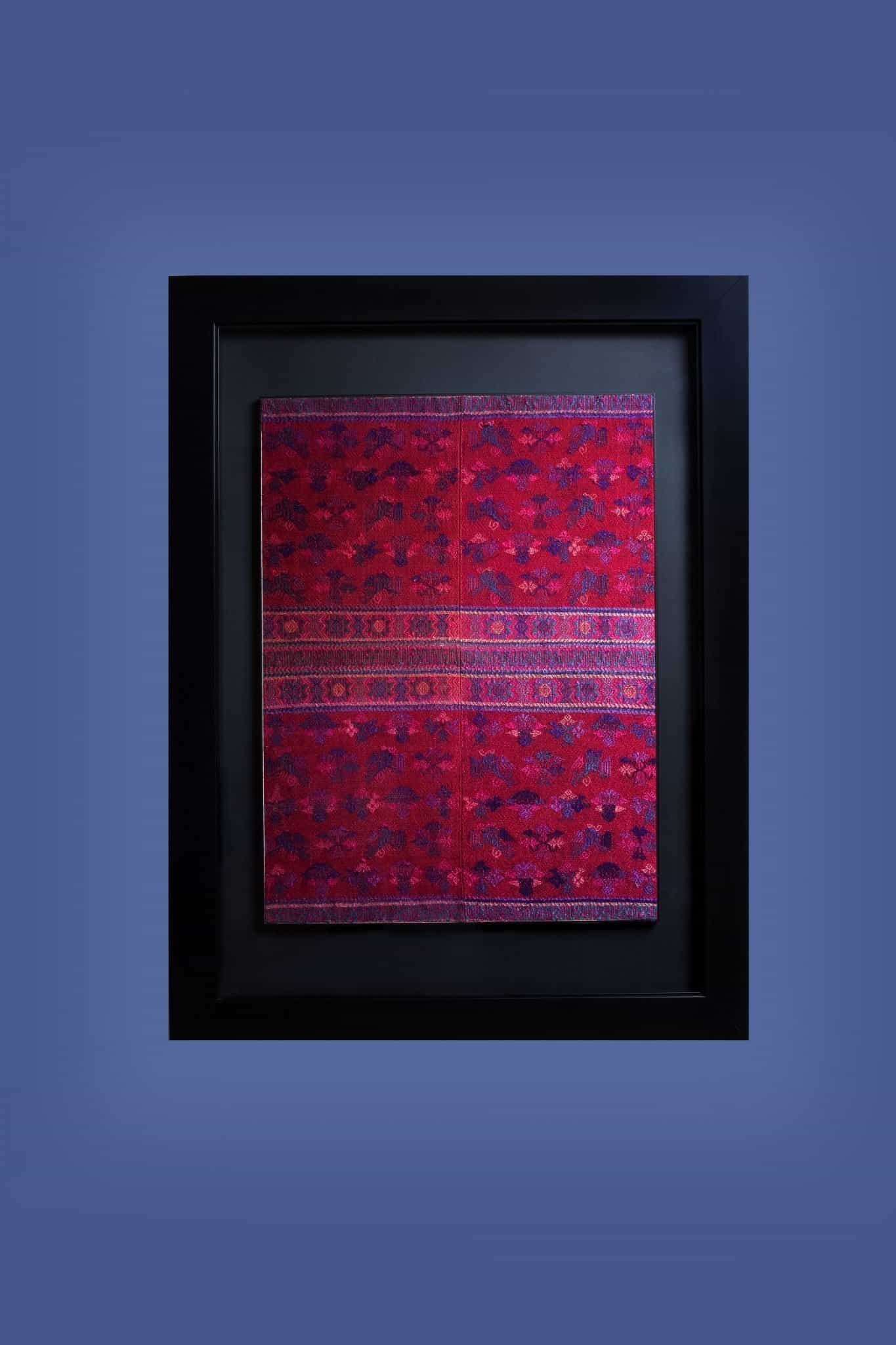 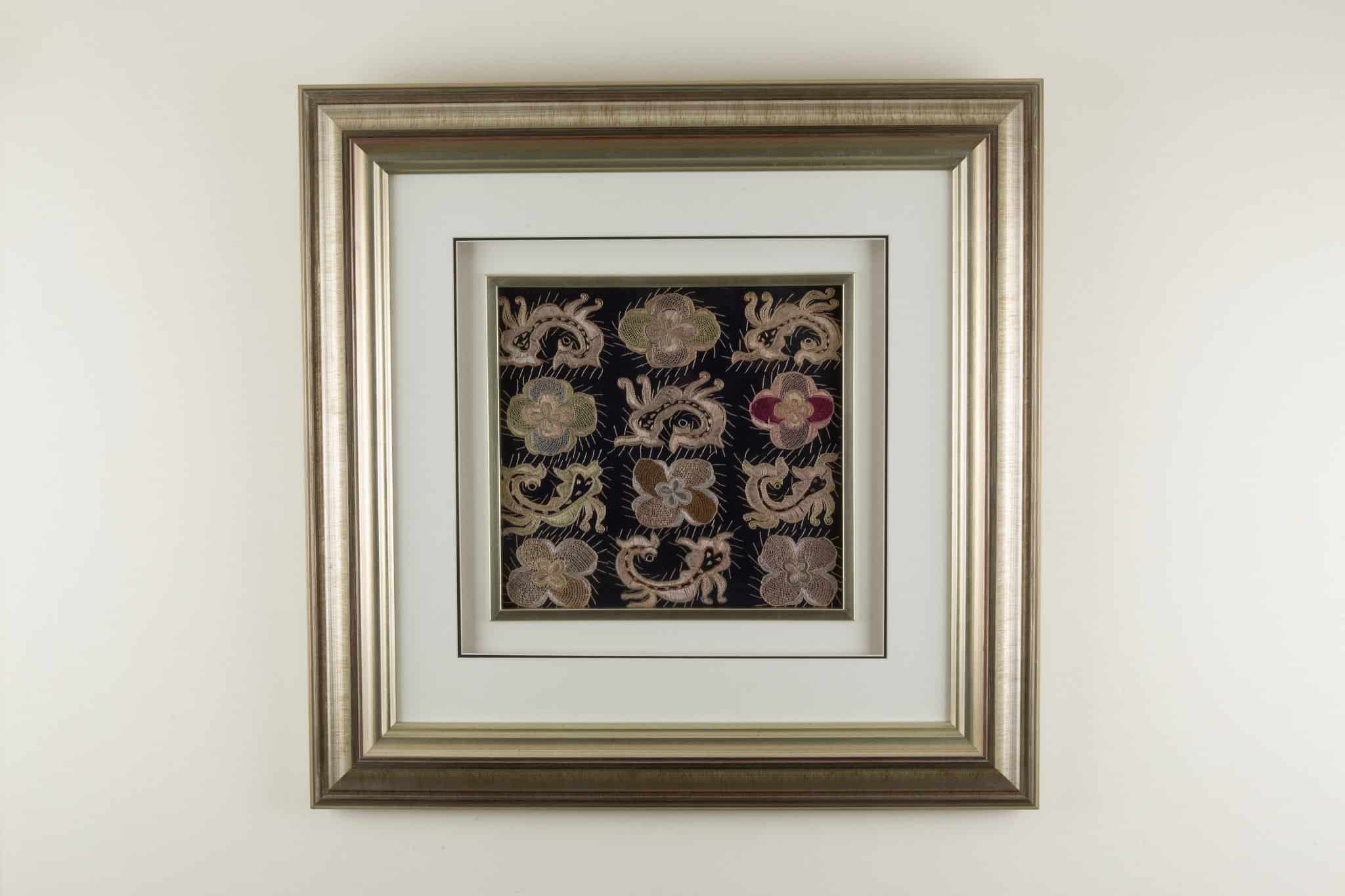 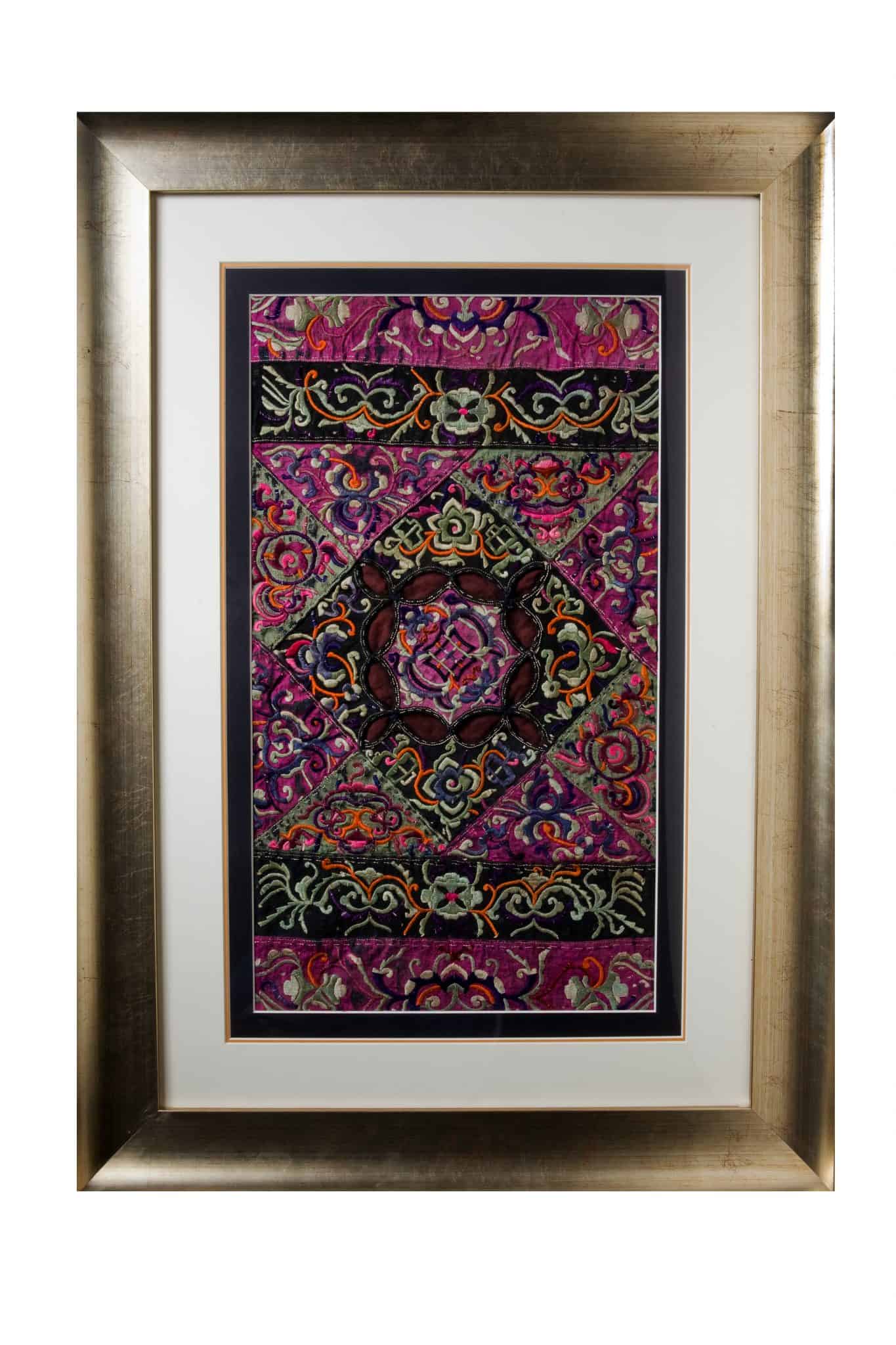 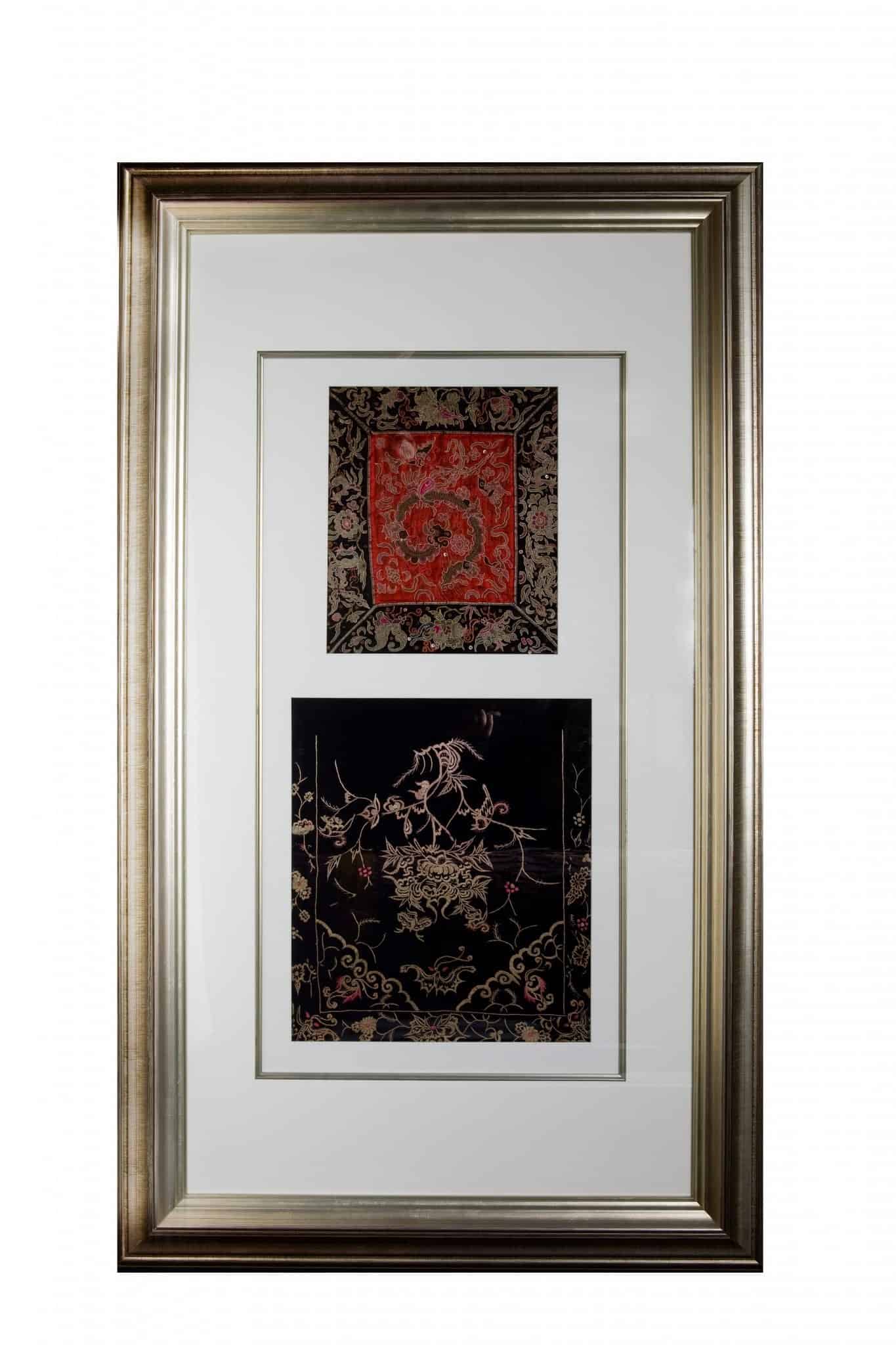 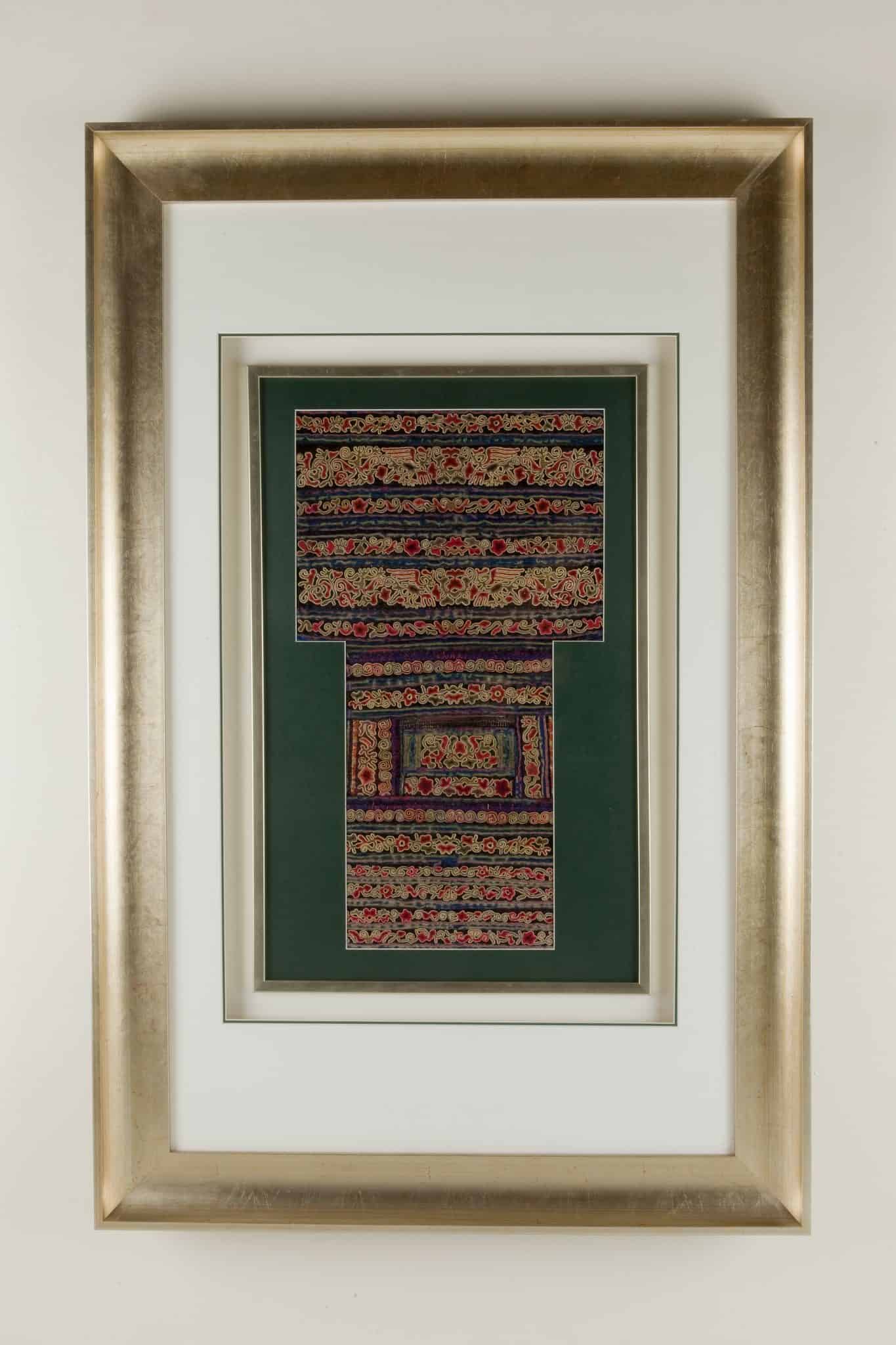 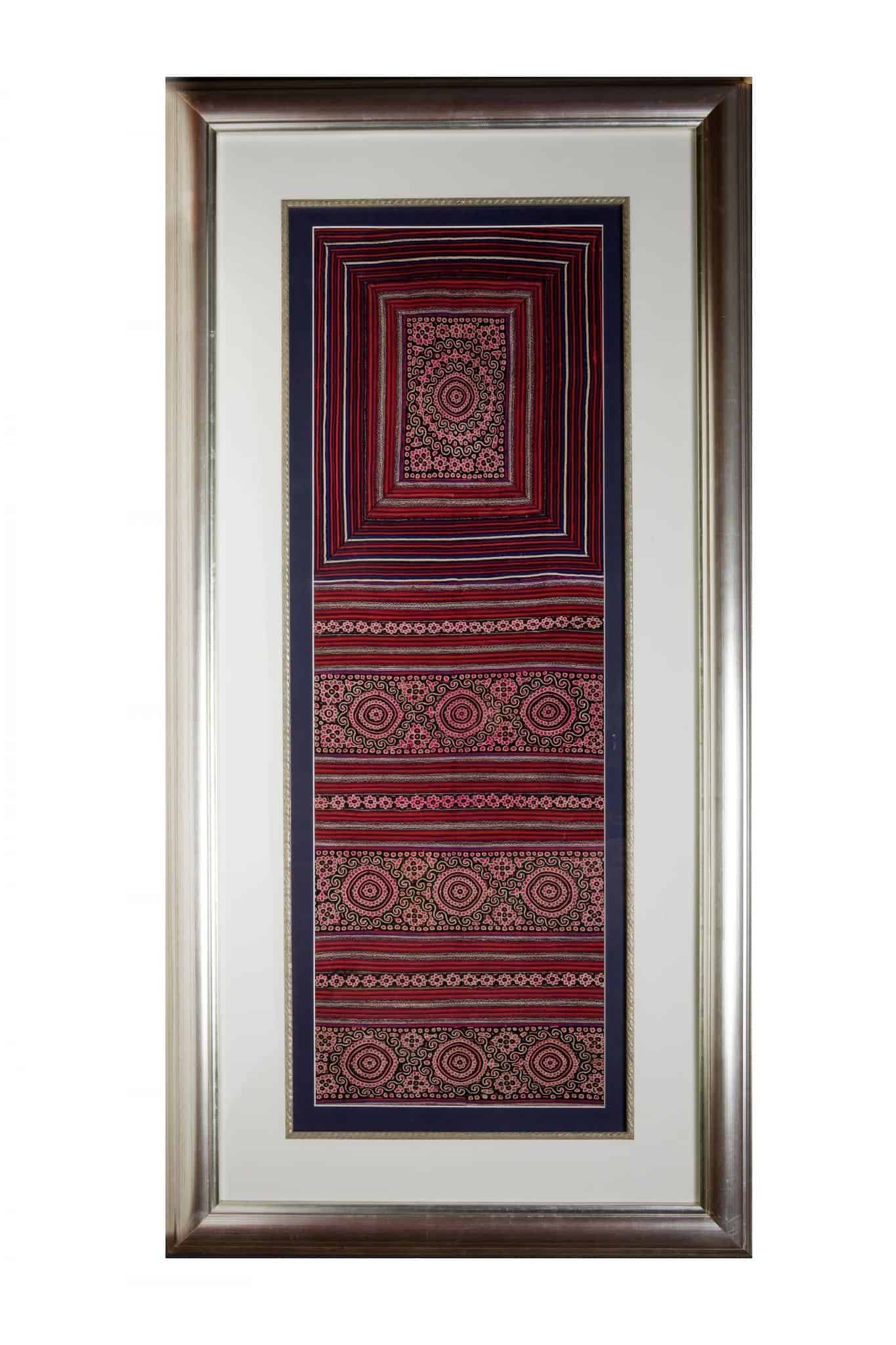 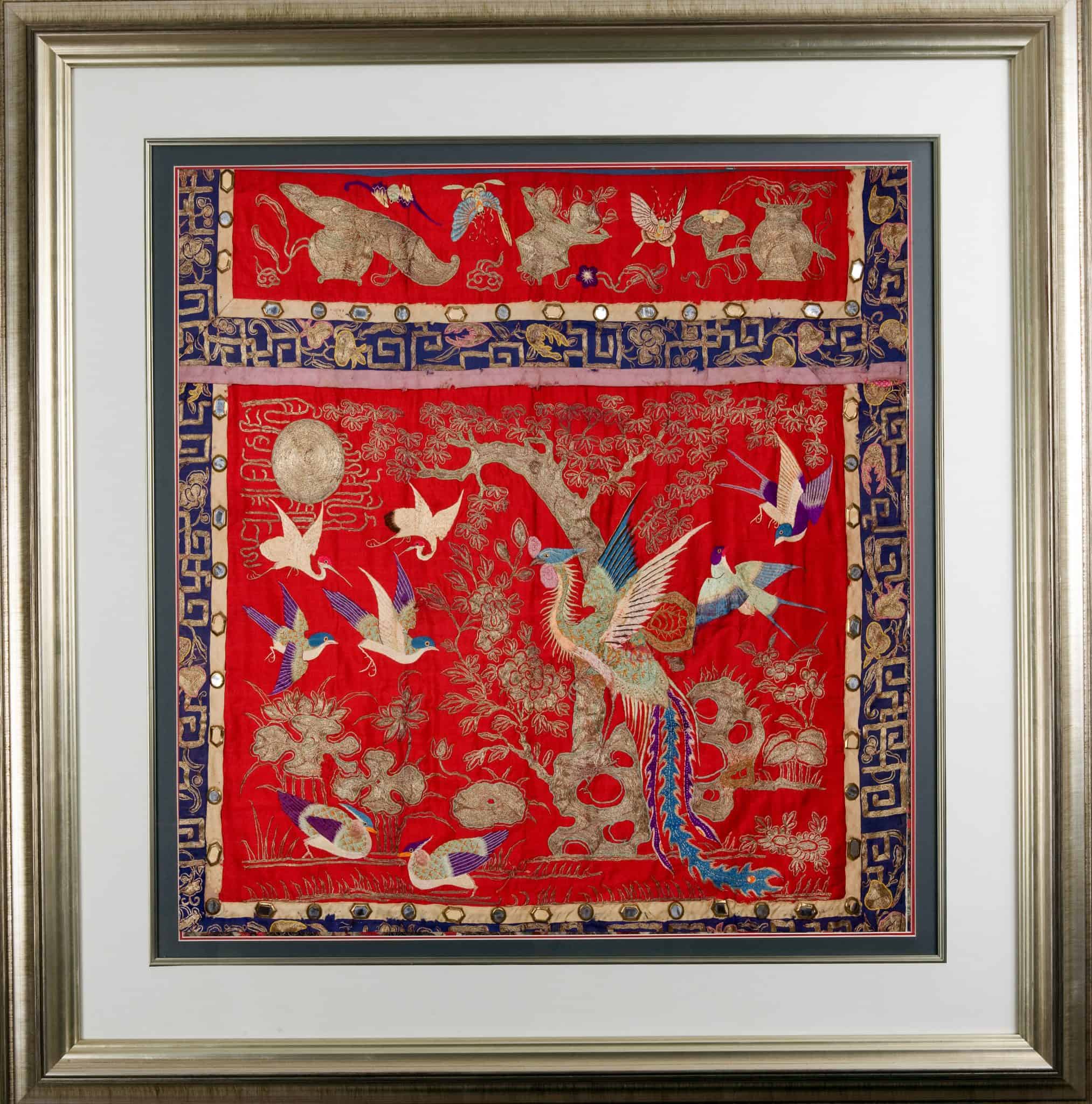 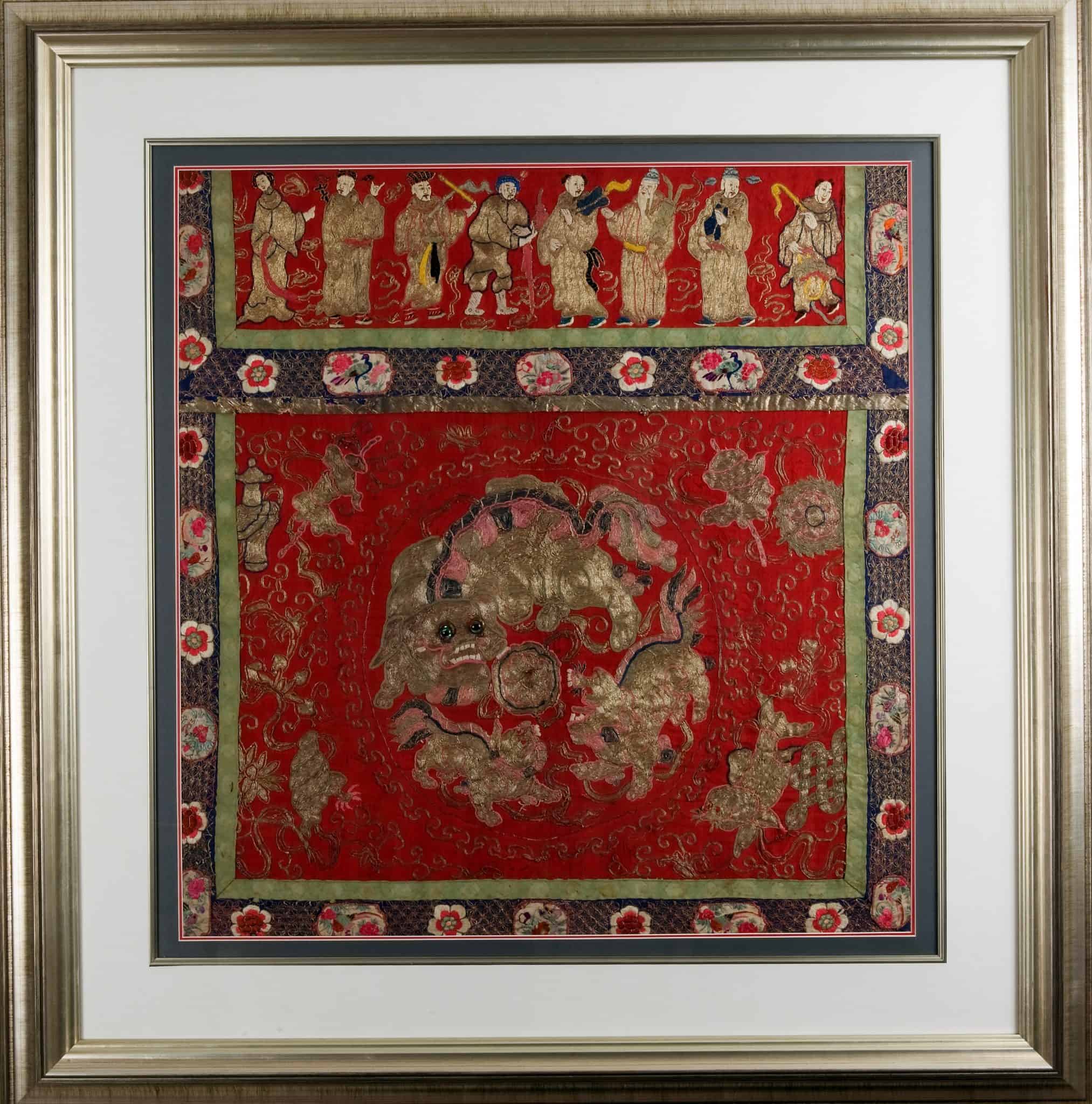 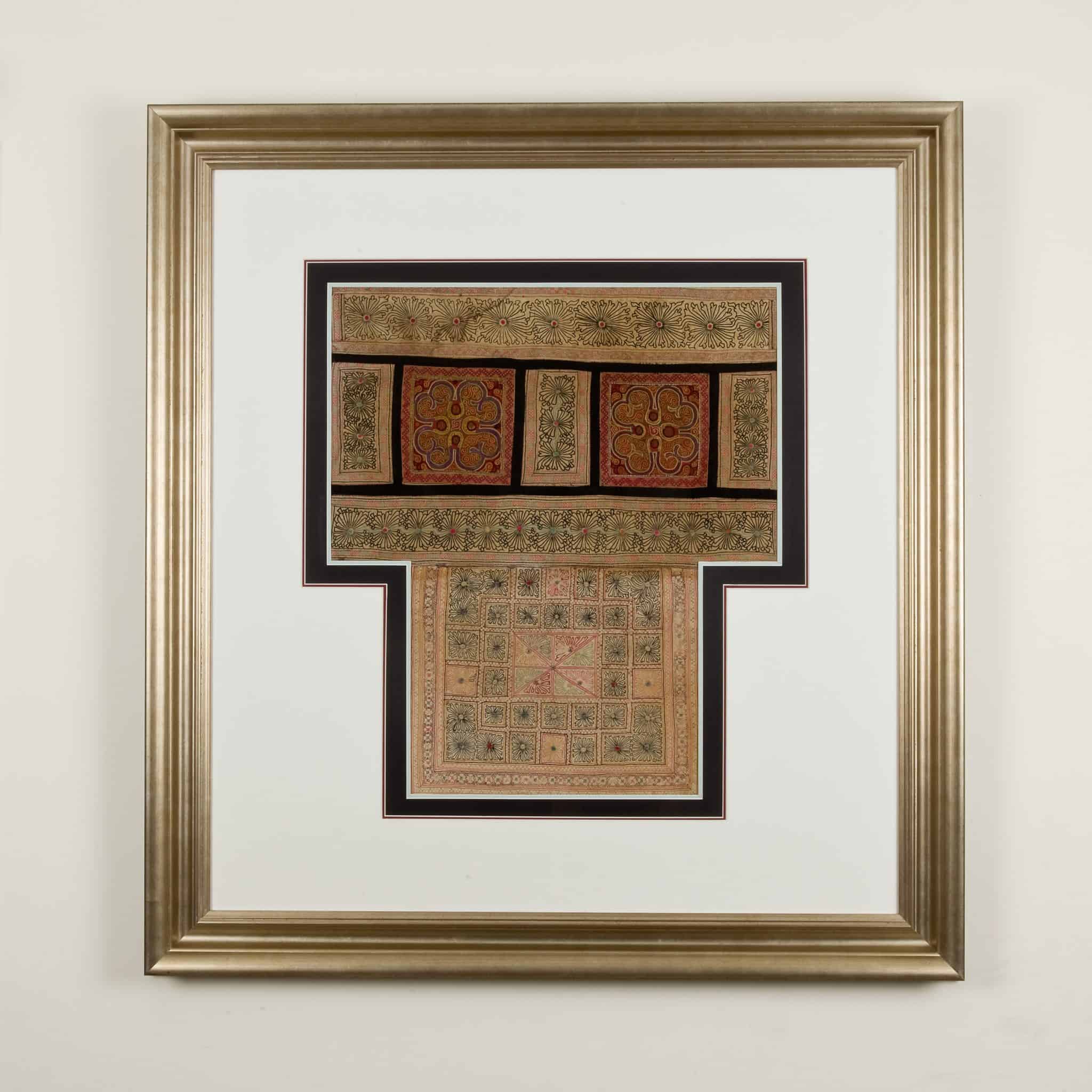 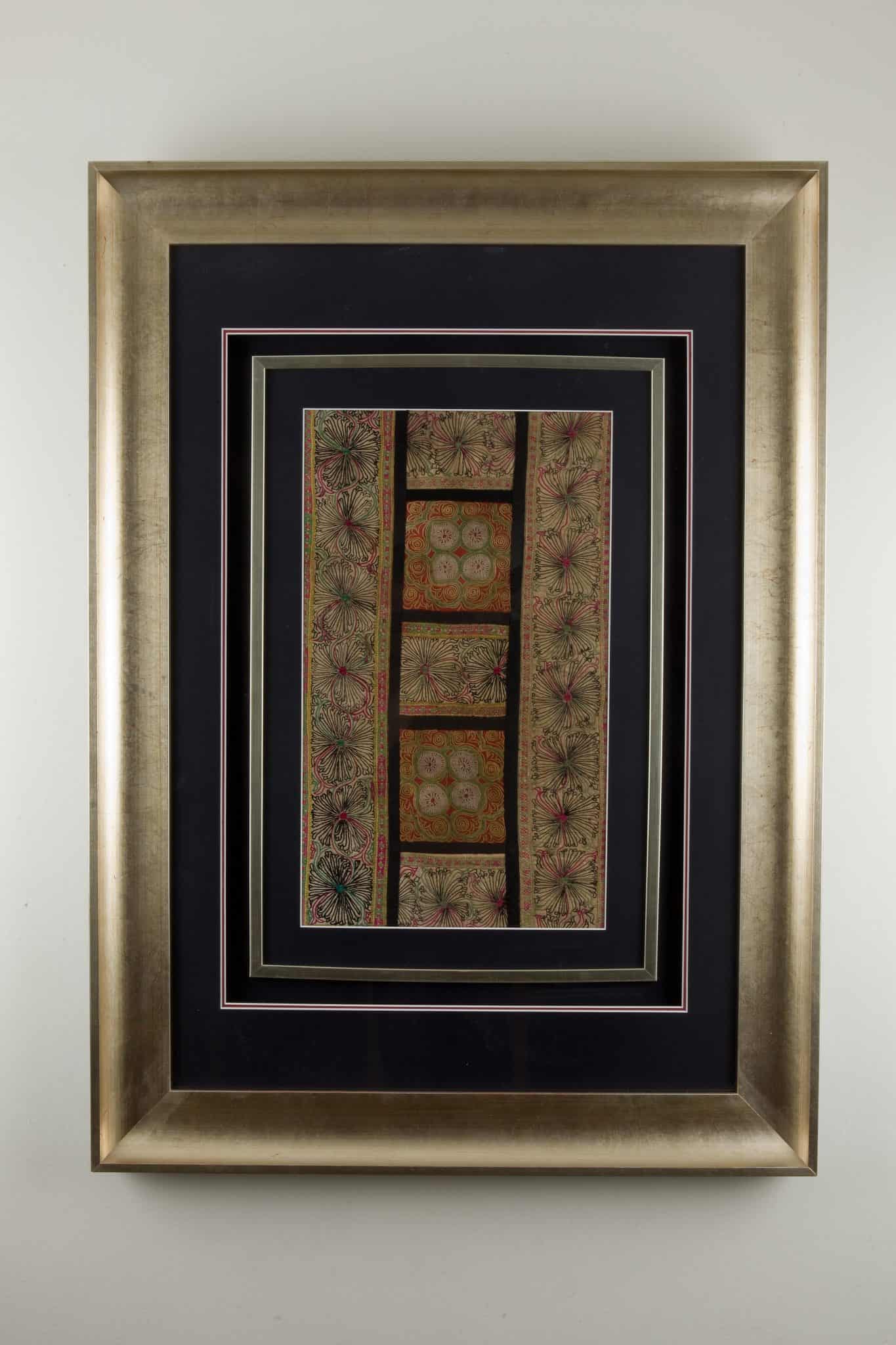 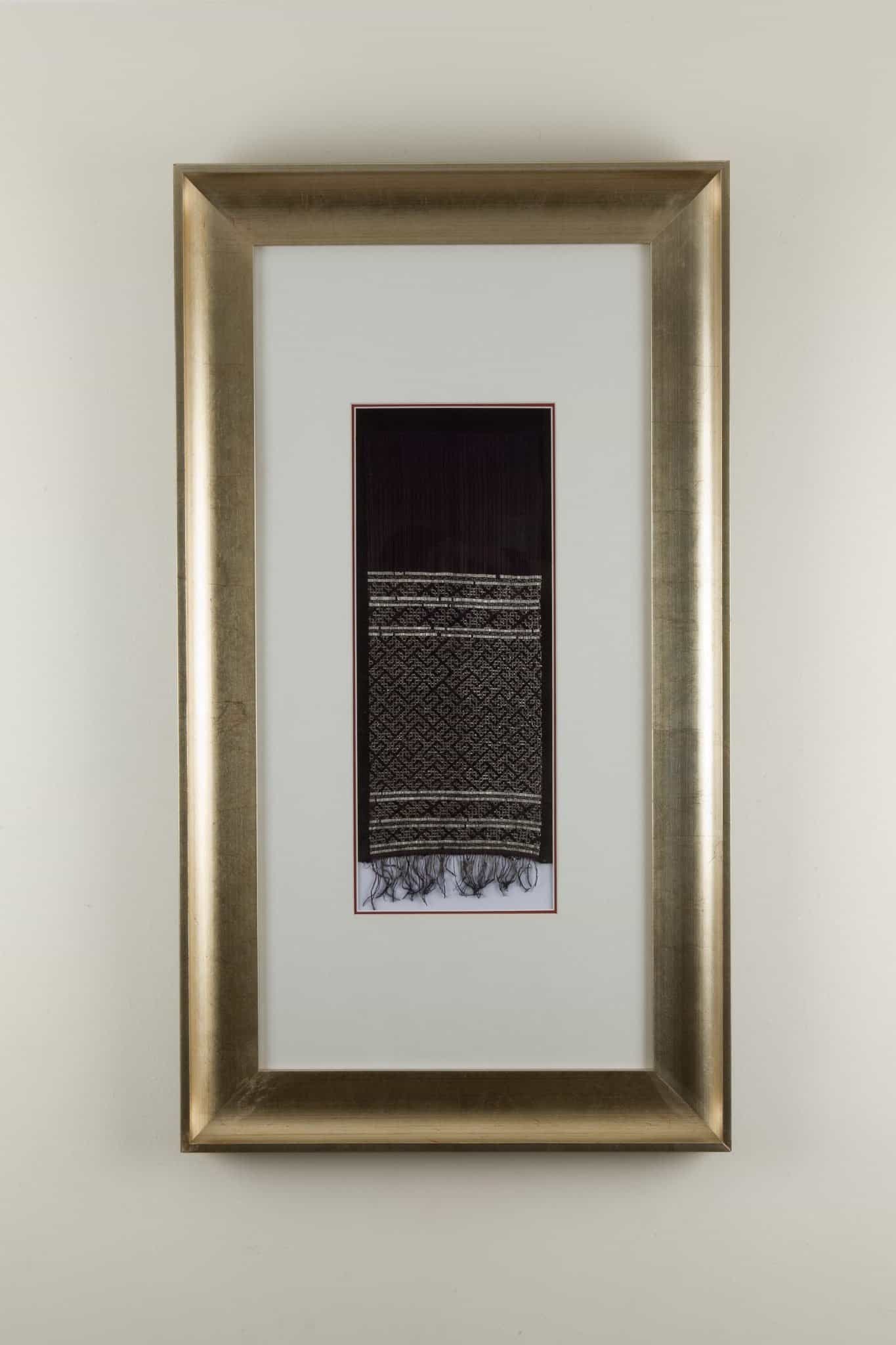 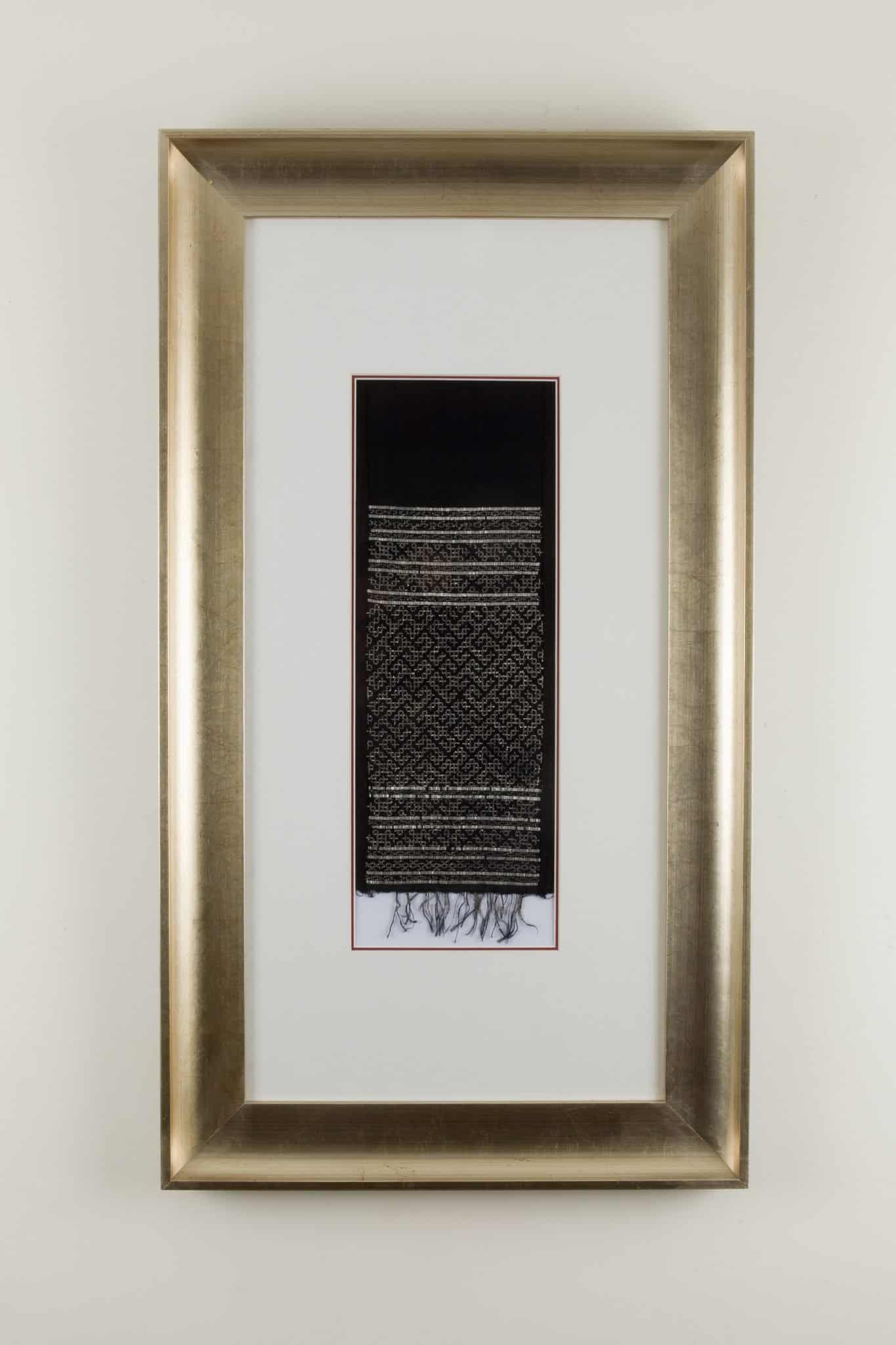 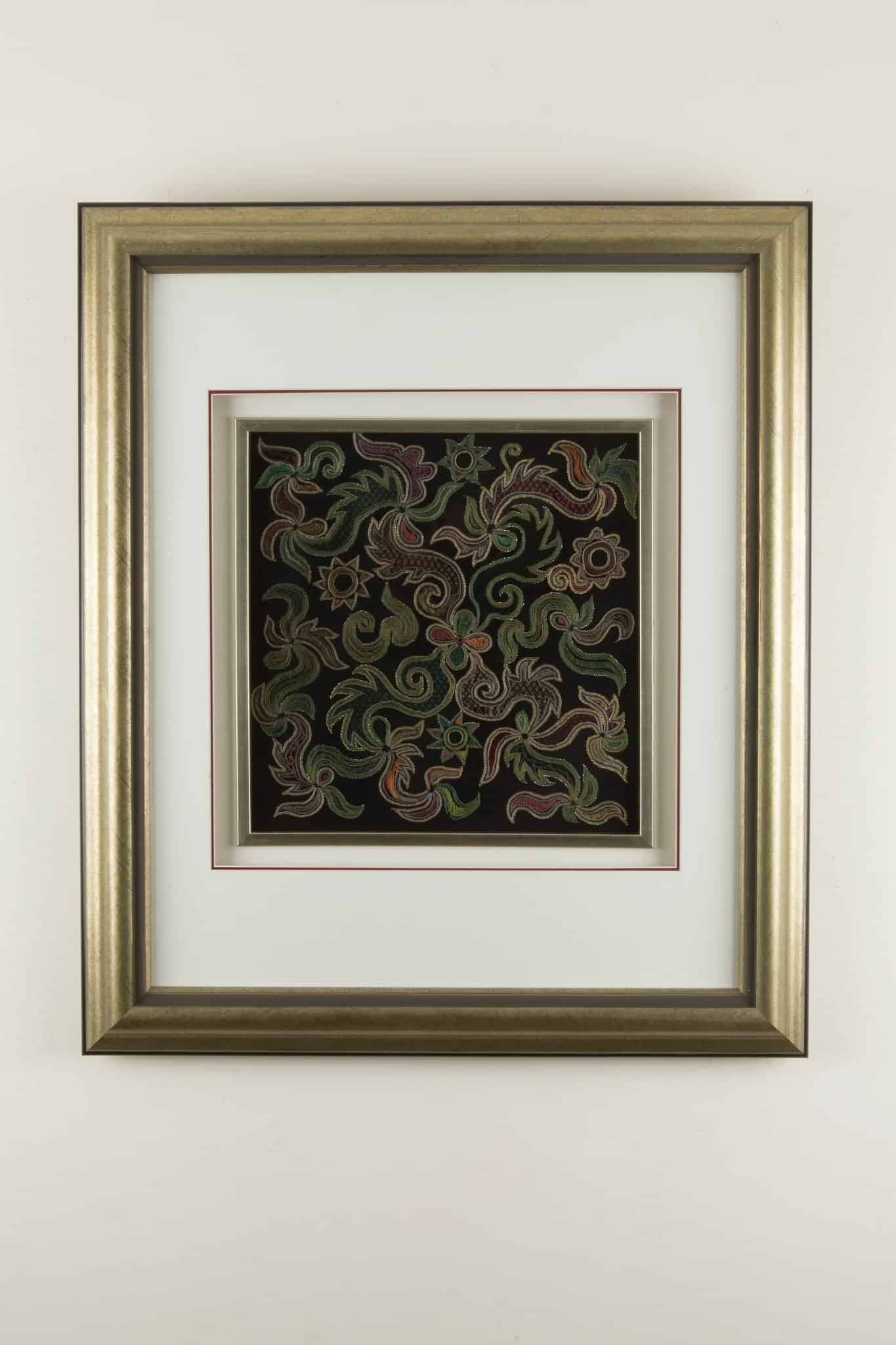 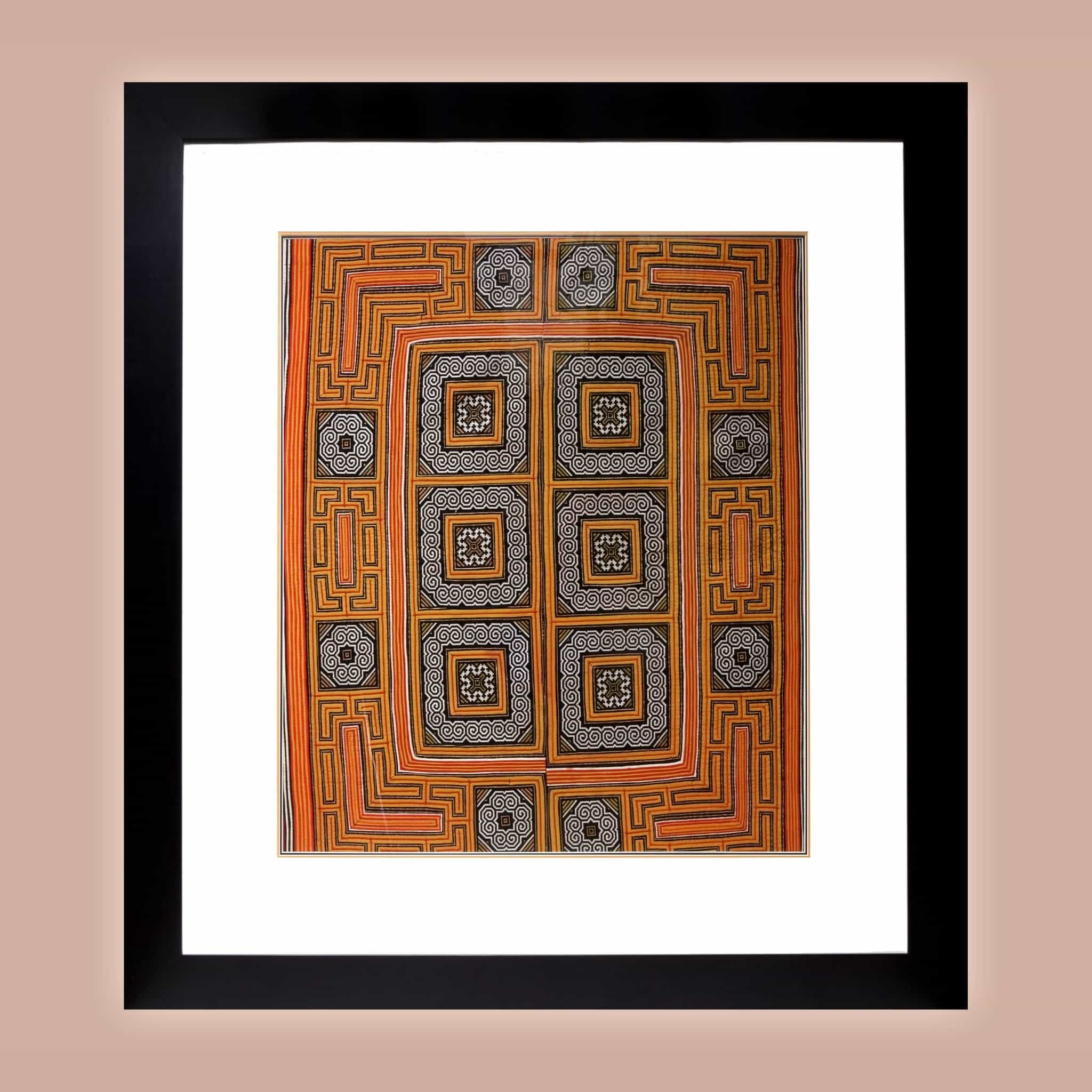 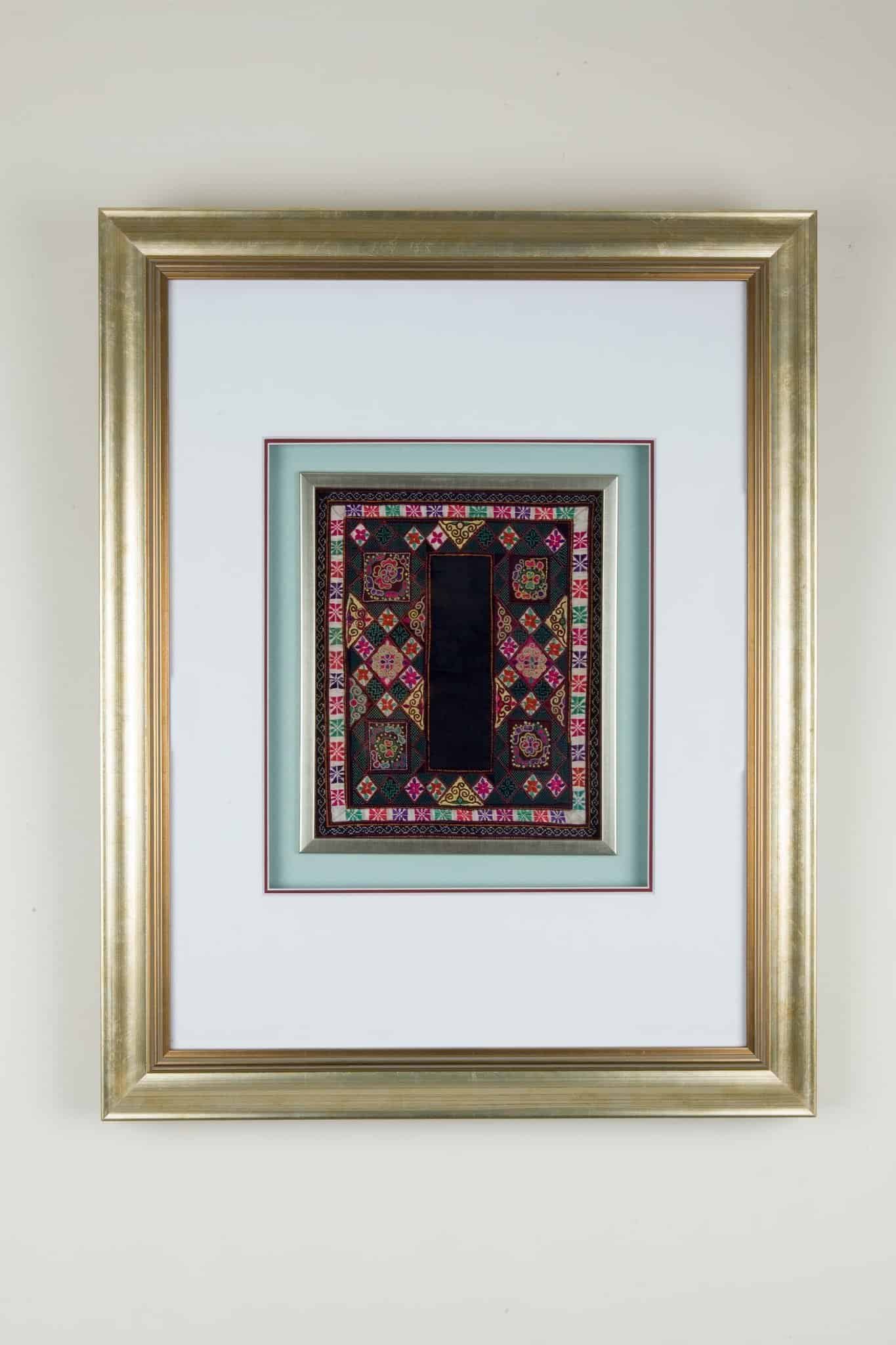 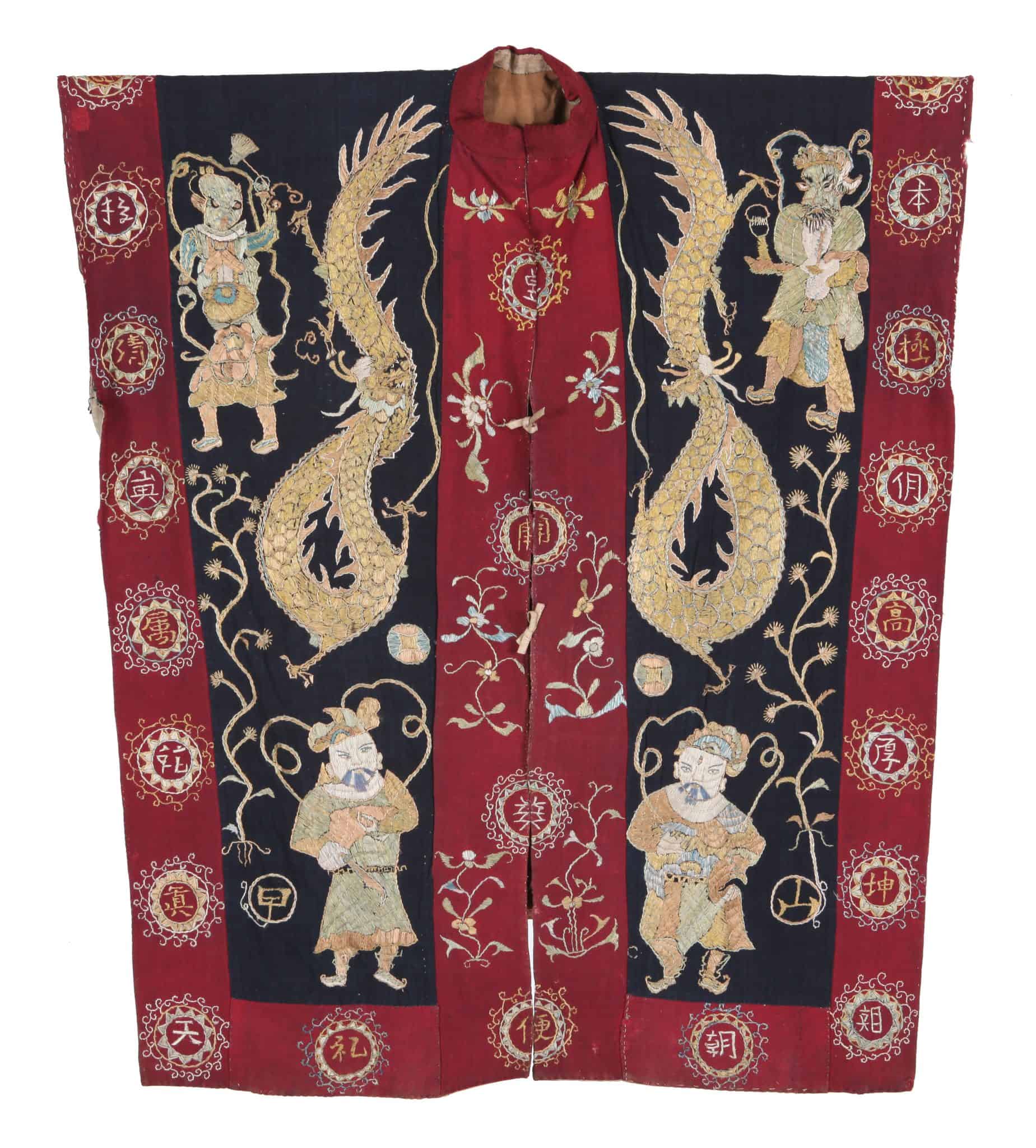